I’ve been working on a new project whose spotlight is a deep shine on the dark modeling chocolate that is supposed to resemble freshly poured chocolate syrup.  A popular on line instructor gave her suggestions and demonstrated her methods for achieving that glossy look.  She highly recommended using confectioners’ glaze which unfortunately I can’t get my hands on, and as a solution for those of us without the glaze, she suggested combining one part piping gel with 3 parts water, mixing together and then painting on with a brush.  She demonstrated and it did work for her.

This second option seemed to be the only way for me to go. Since I didn’t have any piping gel as well, I simply followed an internet recipe for it provided by yet another “name” in the world of cake decorating.  But somehow mixing the piping gel with water and then applying it to modeling chocolate that had a high fat content, didn’t sit well in my mind. And since the instructor who provided the shine recipe, misled in the past, I decided to experiment prior to using it on my project.

I prepared six small pieces of dark modeling chocolate that I just flattened with my hand.  (Actually seven, but two have had the same treatment.) On each, I brushed a different shine solution:  Pam spray oil on one (recommended by yet another popular instructor), Crisco on another, Karo Syrup (light corn syrup) on a third disk of modeling chocolate, homemade piping gel on a fourth, homemade piping gel plus water on a fifth and finally Karo Syrup plus alcohol on the sixth and final disk.  I should mention that in place of alcohol I used orange extract which has high alcohol content. 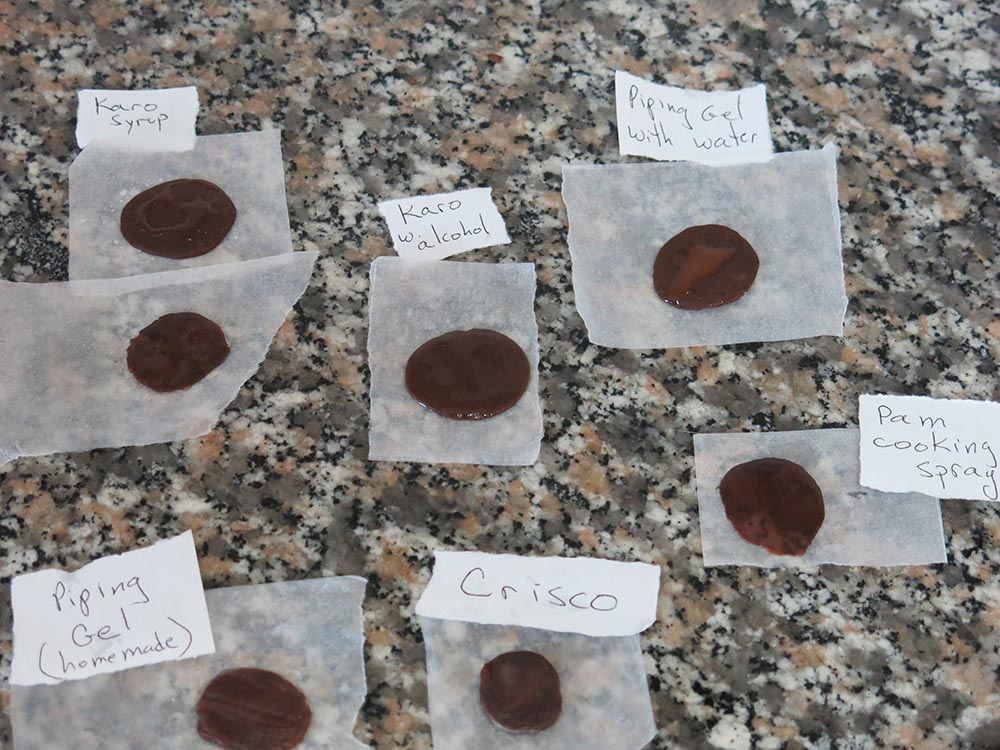 It very quickly became clear that the Pam Spray that was brushed onto the surface of the modeling chocolate left a very dull finish … and in addition it was greasy.  Certainly not what I was looking for!  Both the Crisco and the homemade piping gel alone yielded similar results, just without the greasy feel. 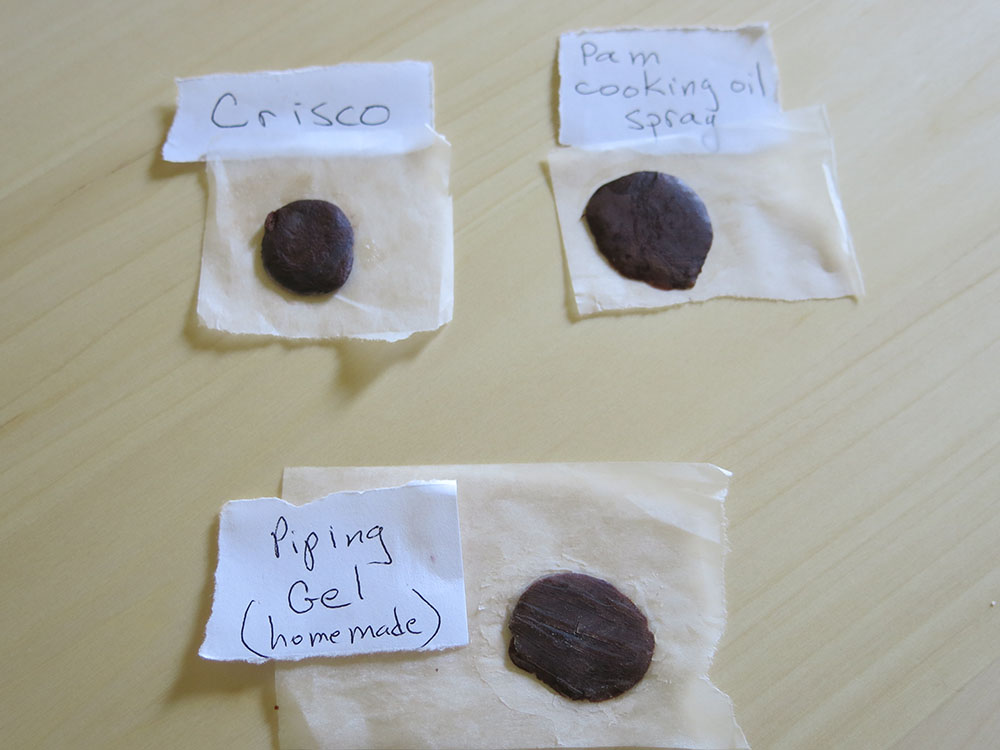 Karo Syrup used alone as well as homemade piping gel plus water did result in a nice glossy shine.  The problem was that the liquid beaded up on the surface leaving part glossy and part dull.  This would be very difficult if not impossible to work with.  It is conceivable, though, that store bought piping gel plus water would have better results. 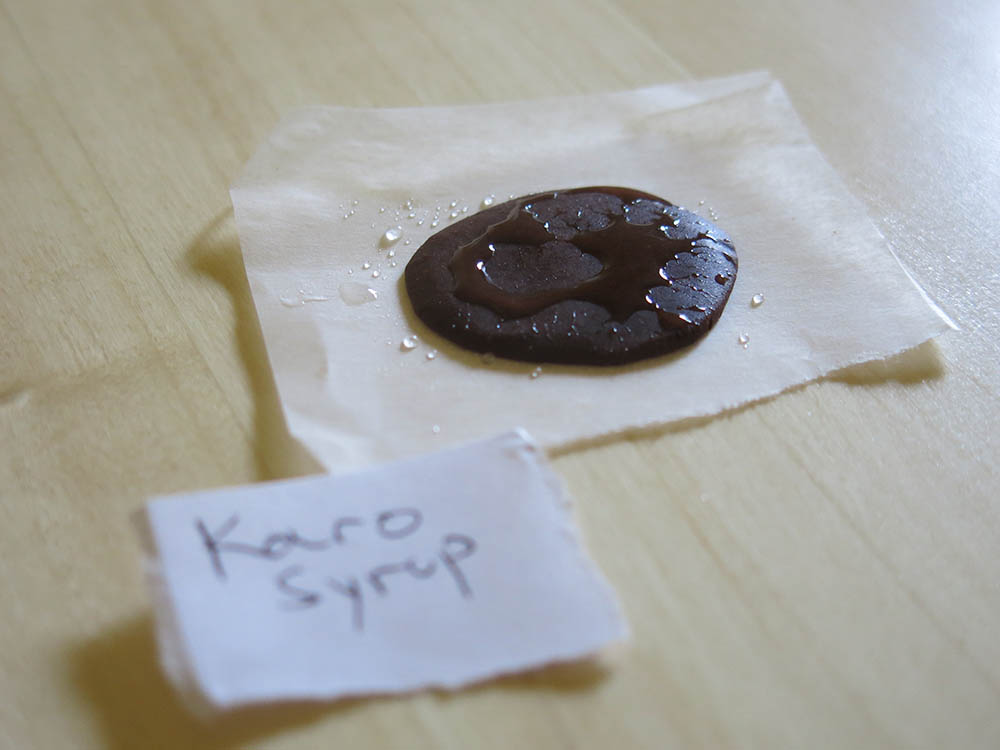 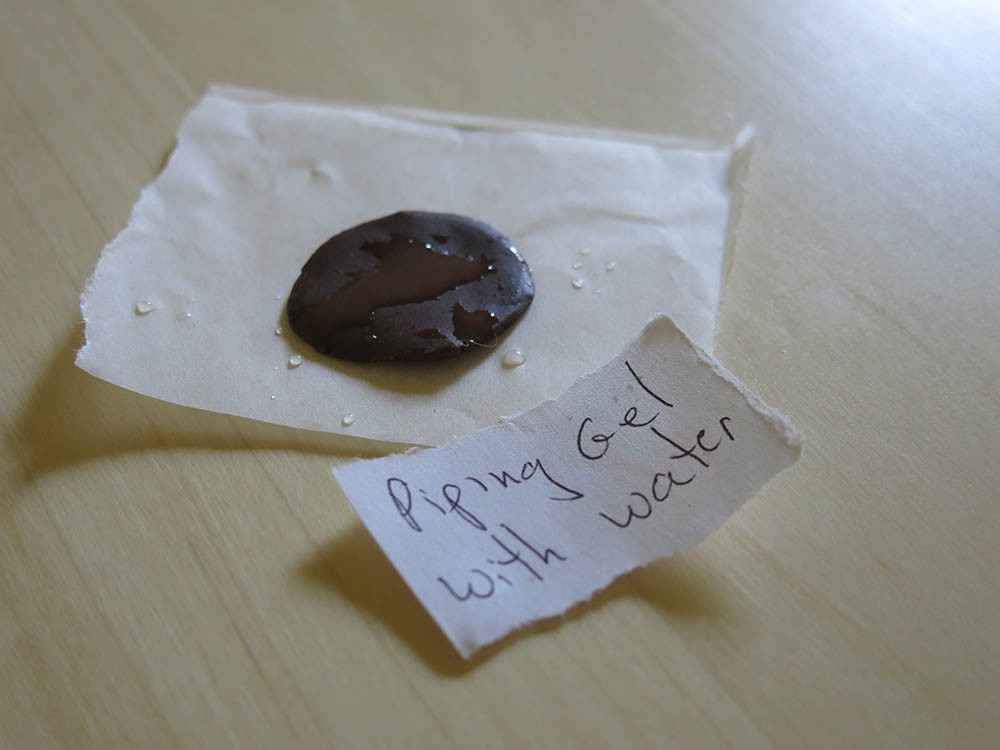 By far the best results were had using a fifty-fifty mix of Karo Syrup and alcohol.  The shine covered the entire surface, did not fade after several days and even dried to the touch when my kitchen wasn’t humid.  Left in a humid room it did become a bit tacky but the piece could still be lifted and moved without any damage, and when left once again in a dry room even after becoming sticky, the piece would dry once again. 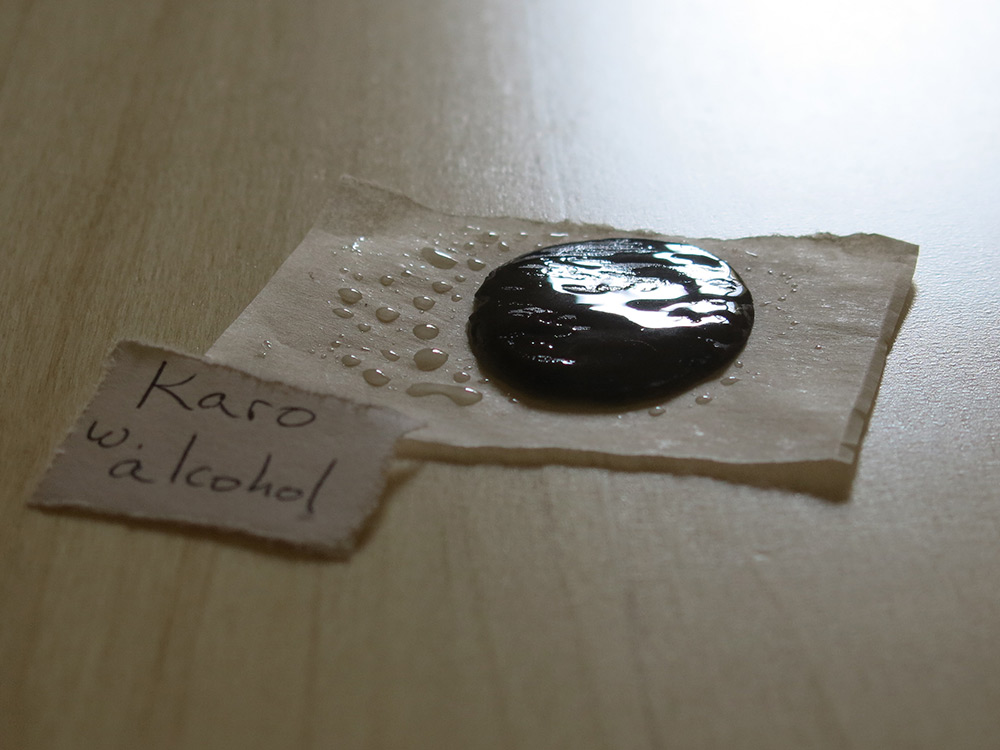 I hope that this little experiment has been helpful.

How do you get a shine on modeling chocolate and fondant?  I’d be eager to hear of new and perhaps even better methods.

Francine - The Garden Baker
"Let it be a challenge to you" is a saying that has accompanied me for all of my adult life. While studying education in N.Y.C. in the late 60's that was the typical response given to most work/school, related difficulties. Over the years I've found that viewing problematic situations as challenges makes them not only easier to cope with, but increases the satisfaction of having risen up to the challenge. My current challenge is trying to turn reality into cake. I am much more interested in an edible nature scene or an edible guitar than "the pretty cake". I am the mother of three and have been living in Israel for the past 40+ years. My hobbies include drawing, sculpting, photography, gardening, travel, and of late, cake decorating.
Create a FREE account today!
Join Now