Since the birth of my first granddaughter ten months ago, I have been busy baking and decorating cakes to celebrate every one of her monthly milestone birthdays. I don’t really plan on continuing this past the age of one year, but then again, who knows? My very sweet bundle of joy has definitely been my inspiration throughout these past four seasons. She has had cakes with whimsical flowers, white Teddy bears, brown Teddy bears, 2D balloons and 3D balloons, a flappy eared dog and a woolly lamb, as well as some of the comical Disney cartoon characters. Modeling chocolate baby sneakers and fondant rattles have also made their appearances in hues of green, yellow and pink. So what was I going to make for her eleven month birthday?

It turns out that her eleven month birthday will be celebrated at the very the same time as our holiday of Purim. On Purim children in Israel dress up in all sorts of costumes, from pirates to ballerinas and from cowboys to princesses. The baby’s parents decided that since she doesn’t as yet understand all of the holiday fuss and to do, that they would keep it simple by just adding on some over sized colorful pompoms to the front of her everyday comfortable crawling clothes. In other words, she would be dressed up as a clown! So a clown cake, I thought, would be most appropriate.

I purchased an unadorned clown shaped cookie cutter about a month ago thinking that would be perfect for the cake. My original plan was to have a four inch tall modeling chocolate clown sculpted as a multi colored semi 3D figure that would be adhered to the front of the cake, perhaps holding some sort of birthday sign. When that appeared to be too simplistic, the one clown design was traded in for a series of six or seven clowns all surrounding the cake, each one positioned slightly differently and each with varying color combinations on their costumes. So far… so good. But how would I decorate the inside of the cake? Plain dark chocolate or lemon yellow wouldn’t hold a straw to the festive exterior! It was after all, in honor of both a birthday and a holiday! As my brain kept roaming for ideas, I remembered one of the very first cakes that I ever did – a butterfly surprise. It was a simple loaf cake with a butter cream transfer just placed on the top but inside was a hidden chocolate butterfly that revealed itself with each and every slice. 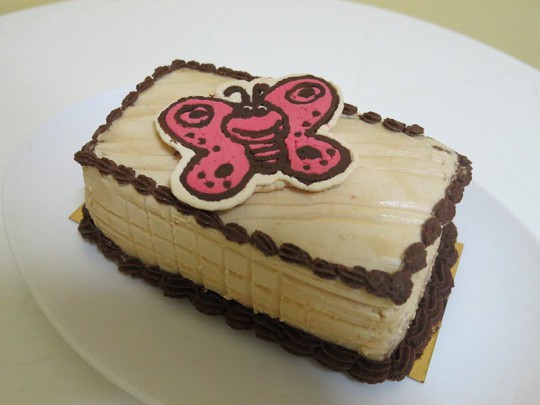 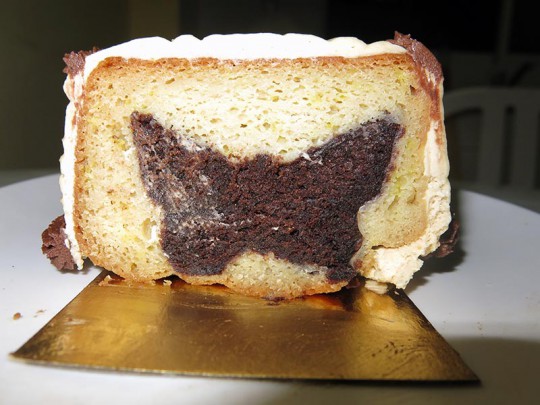 If it worked for a butterfly, it should work for a clown!

I baked a half recipe of my never fail chocolate cake, but instead of baking in a round tin as I usually do, I baked on a low rimmed cookie sheet. Since my clown cutter was only one centimeter deep I really needed a shallow cake in order for the cutter to be able to carve through. I spread the batter to cover the entire sheet, baked, cooled and froze it so that the cake would be more manageable and stable the following day. Simple math told me that one tray worth would not be enough for what was needed, causing me to deliberate between waiting until morning to first cut out what had already been baked and baking a second cookie sheet of chocolate cake immediately. Patience is not one of my virtues, but since I was really tired, the lot was cast in favor of procrastination. Thank goodness for exhaustion!!

I calculated that I could get twenty to twenty four clown shapes from each sheet and began to cut … very hopeful, content and confident. The first two cut outs appeared without heads in spite of me using a small ball tool to aid in pushing the chocolate figures through. The following two emerged one without an arm and the second with the leg stuck in the cutter. I progressed to using a veining tool to gently encourage out the areas of cake that repeatedly got stuck in the narrower portions of the cutter. When that didn’t help much, I tried precutting the cake into squares and then lifting them off the baking paper before even using the cutter, thinking that it would be easier to control and manipulate if I were working with a smaller surface area. By this time, even if all of the following clowns were to come out perfectly, I still wouldn’t have more than a dozen pieces. Stubbornly, I continued onward, reckoning that if I did eventually find the right technique it wouldn’t matter even if an additional two more chocolate cake trays had to be baked. 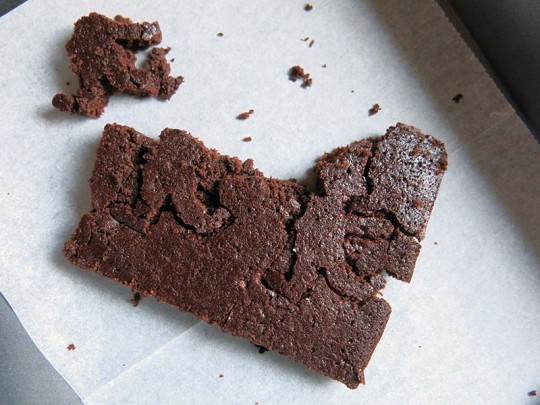 This article unfortunately does not have a happy end with cute chocolate clown shapes dancing on to a dessert plate with every portion that is sliced. Not every well intentioned idea in cake land works, but the experimenting is important and the lesson that I learned is to use an appropriate cutter! Mine was far too small and with too many narrow grooves. 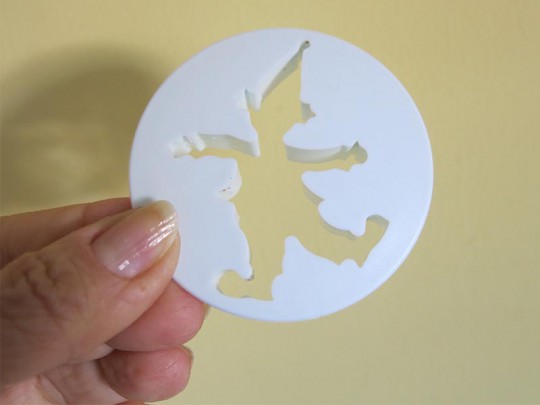 I really do need to try out the clown cutter with a no spread cookie dough recipe. Seems to me that I remember once making a surprise cake with cookies inside instead of cake … Hmmm ….