When we first started making tutorials, one of the big topics of discussion revolved around the background of the frontal camera. There were concerns that if the background was always the same, it would get boring. We thought maybe we could get some images printed really large and attach them to cardboard that we could easily move around instead of having something fixed to the wall. The idea was to print a whole bunch of them to be interchangeable allowing us to keep things interesting for the tutorials. These were some of the initial mockup ideas we thought of… 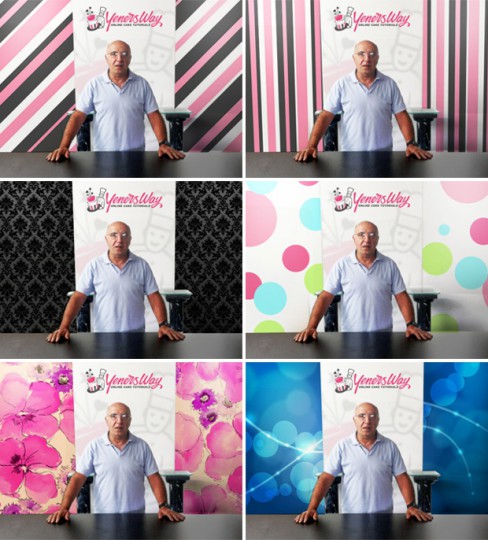 We thought they looked pretty good for a start and we ended up going ahead and getting this one printed, which we used for one of our first tutorials (Sugar Horses and Carriage Centrepiece). 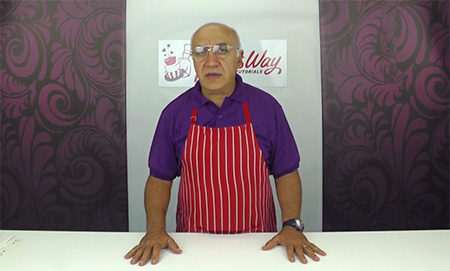 After watching the footage for that tutorial, we thought it looked a little too dark. So when the time came to start shooting the Sugar Fairytale Castle Topper tutorial, because we hadn’t gotten around to getting another design printed in time, we just settled on leaving the background white. However, during the editing, I played around with overlaying an image over the top, but only on the background areas. Problem was that if Serdar moved to the sides, he would appear to be walking behind the background image. So to fix this, I just faded the image out and made it very light so its very hard to notice. Here is the result of that tutorial… 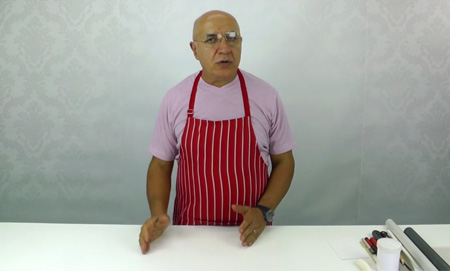 A couple tutorials later we thought we would just have one big image printed for the background. So we ended up printing this one… 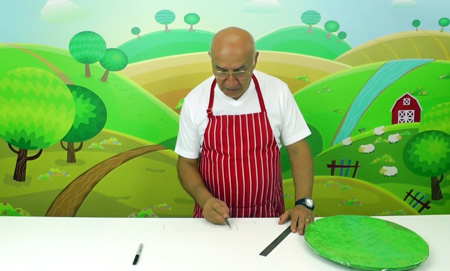 After using it for the Cute Farm Animals Cake tutorial, we decided to use it again for the Unicorn Cake tutorial which seemed appropriate as well. This large print worked out pretty good however, it took up a little too much time trying to find a high resolution image that was suitable, purchase it to avoid any copyright issues and have it printed which also ended up being quite expensive. On top of that, it would need to be done well in advance of each tutorial so we wouldn’t be able to have as much freedom when it came to spontaneous “Lets shoot a tutorial on this!” sessions.

An ideal solution because it gives us the freedom to put anything we want in the background. We were aware that this could be a little tacky but we felt that provided we don’t over do it and take too much attention from the ‘learning’ aspect of the tutorials, our tutorials would always look different (from the front camera) and be that little bit more interesting. We thought it would be another way that we could be creative with what we are doing.

So we gave it a shot for the first time with the 3D Swordfish Cake tutorial. It’s not perfect by any means but we thought it turned out ok for a first try. There were a couple of mistakes that we made but fortunately they weren’t deal breakers. Firstly, the lighting on the green backdrop wasn’t flat enough and it actually had a gradient being lighter at the top, to darker on the bottom. This made it difficult for the video editing software to clear out the green without effecting other parts of the scene. It caused a big problem during video editing but I managed to work out some ways to compensate. Secondly, the camera we used at the front is not the best one that we have so it made it a little harder to get a nice clean edge between Serdar and the background.

Our 3D Cowboy Hat tutorial that will be released next month (currently being edited) is our second try at the green screen and it will be a huge improvement from the first one because we fixed the two mistakes mentioned above. We’ll see how it turns out when its complete.

So why are we sharing all this technical information and how does all this relate to all you cake decorators out there? Well, we believe transparency is very important and we want our members to be able to contribute and help us improve so ultimately we can make better tutorials for you. So what better way than to share the stuff that happens behind the scenes. After all, we are making these tutorials for our members, so any feedback we get is very important to us.

So what do you think? Do you like the green screen idea? Feel free to share your thoughts in the comments section below. 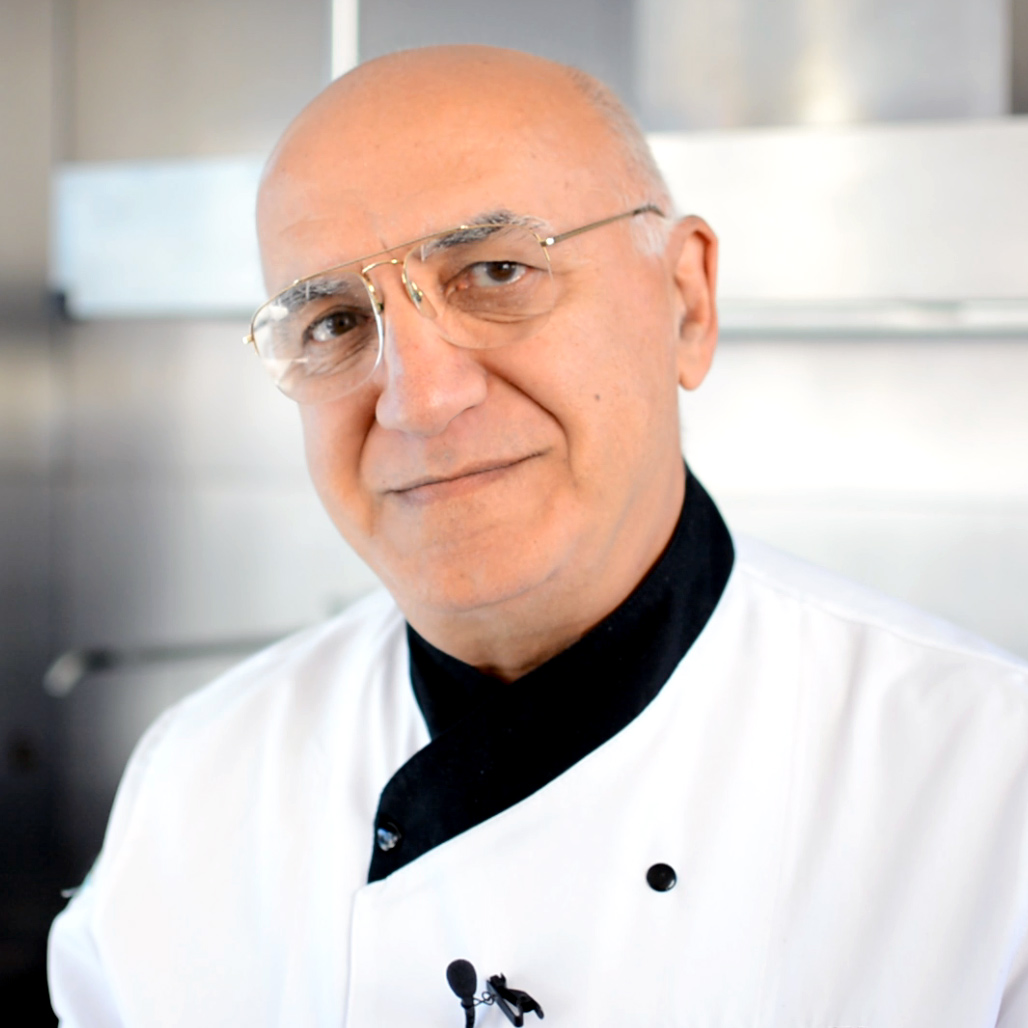 Hi! My name is Serdar Yener. I have been a cake artist for over 40 years and now I would love to share my passion with you. View my Autobiography